While perusing the grocery store recently, I came across a bin of mixed squash.  The usual suspects: butternut, acorn, and spaghetti were present, but among them was also a squash I am not familiar with, kabocha (also known as Japanese pumpkin).  I picked one up, just to be a bit adventurous, because we all know how easy it is to fall into a terrible rut with our eating habits and grocery shopping. I poked around a little online, and while there are many ways to prepare kabocha, in the name of simplicity, I decided to roast mine.  Roasting retains the natural flavor of the squash, and is a super easy way to cook pretty much everything.  I want to actually TASTE the squash, and not have it lots among a bunch of other flavors, so that in future I know what it tastes like so that I can incorporate it into other dishes on my own.  Using practically no additional ingredients also keeps this recipe very paleo-friendly, which is a perk.

It really is much like a pumpkin, but only squashed down.  Har har!  Bad puns aside, I cut the top out, and then sliced the whole thing in half so that I could easily scoop out the seeds.  I didn’t think to save them for roasting, although I should have. Then I sliced it as thin as I could, leaving the skin on (I washed the whole thing really good first) because I am lazy sometimes.

After preheating the oven to 400° I melted some coconut oil in a small saucepan, and then tossed the slices in it, sprinkling them liberally with salt and pepper at the same time.  Onto a foil-lined baking sheet for 30 minutes, turning halfway through. When finished they should be a bit crispy on the outside and soft on the inside. You can remove the skin at this point, or leave it on (I am sure it has healthy fiber in it or something, it’s green after all, which means it’s good for you, heh). It’s very delicious, and I scarfed down several pieces immediately after they came out of the oven. It has a really lovely texture, and goes nicely with meat dishes, or you can have it as a snack on it’s own. 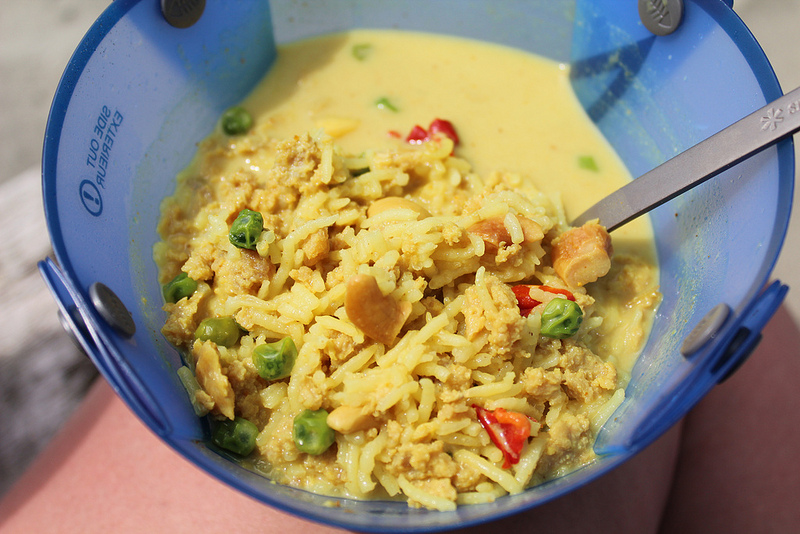