It’s been a hot minute (or…years) since I’ve posted here, but since I just renewed the domain for another 365 days, and I have a bit more time currently, I decided I should take another crack at keeping it up to date.

This weekend we celebrated Father’s Day with our youngest sprout, as the teenagers are doing teenager things. We haven’t been camping in what feels like a trillion years, and since I’ve never camped with an infant before, I decided we would ease into it with “glamping”. So I rented us a wee rustic cabin, just south of Drumheller, at 11 Bridges Campground.

Katrin seemed to approve of the accommodations.

After getting settled in on Friday afternoon, we primarily just relaxed at the cabin and had a leisurely supper. Mike had worked a full day and then met us at the campsite, then we had run in to Drumheller to grab a few little things I had forgotten.

The first night wasn’t *too* bad. Katrin, who is usually an excellent sleeper, doesn’t always make it through the night in new surroundings. She went to bed around 9:30pm and then slept until 2:30am. When I scooped her out of her playpen, she seemed a bit chilly, despite her merino sleeper plus her warmest sleep sack. I fed her and cuddled her until she was warmer and fast asleep. After that, she slept soundly until around 8:30 in the morning, at which point she was up for the day.

Coffee and breakfast was followed by a walk around the campground, and general laziness in the cabin.

Once the hottest part of the day had passed, we headed over to Horsethief Canyon to see the sights and do a bit of hiking. The weather was beautiful! Couldn’t have asked for a nicer day.

No trip to the area would be complete without a stop at the tiny church, which holds many fond childhood memories for me.

After a very long day, filled with all kinds of new experiences, Katrin was super tuckered out and went to sleep just after 8pm. Mike and I had aspirations for a fire, but we were also pretty worn out, so we went to bed shortly after her. It was hot, so I put her down in just her sleeper, but when she woke up at 11:30pm for a midnight snack, I bundled her up in a second sleeper (fleece over her merino) and then put on her warm sleep sack and her merino beanie. She slept soundly until around 5:30am and then woke up for “first breakfast” before falling back to sleep until “second breakfast” just before 9am. I was so glad that I was able to get back to sleep as well!

We had to be checked out of our cabin by 11am so we gathered everything up, after coffee and breakfast, and then headed back into Drumheller. The forecast had originally called for rain, but the day was hot and sunny instead, so we decided to do a little exploring at the Hoo Doos before having a late lunch.

After thoroughly enjoying the Hoo Doos, we had some lunch and then wrapped up our day at a little park. The drive home felt long after such a lovely weekend. Our inaugural camping venture went really well, and I’m looking forward to the next one with great anticipation! 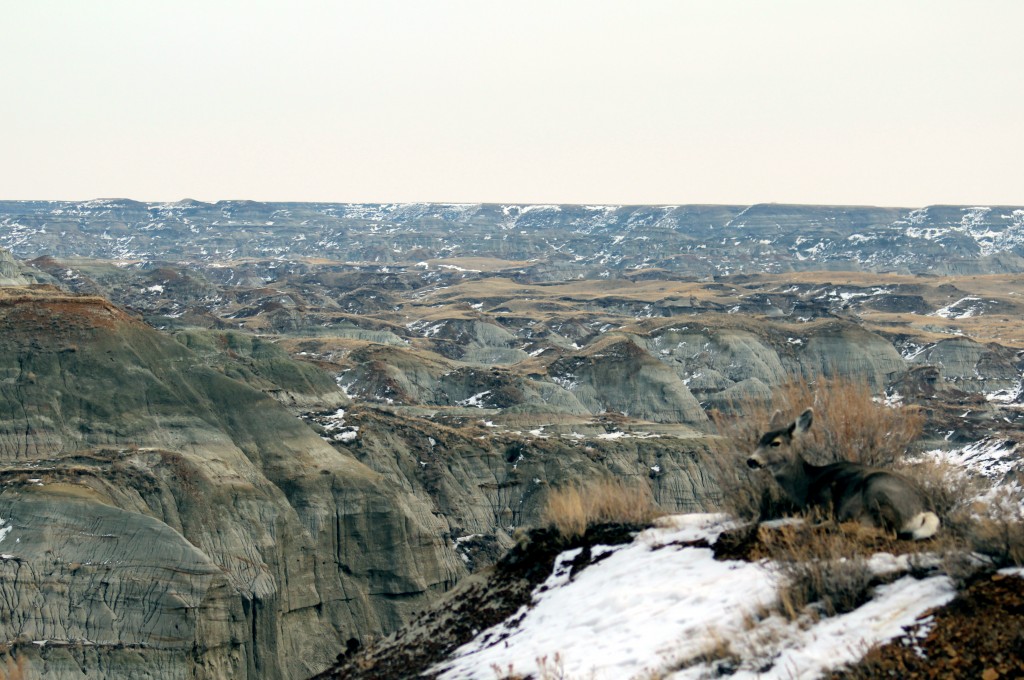 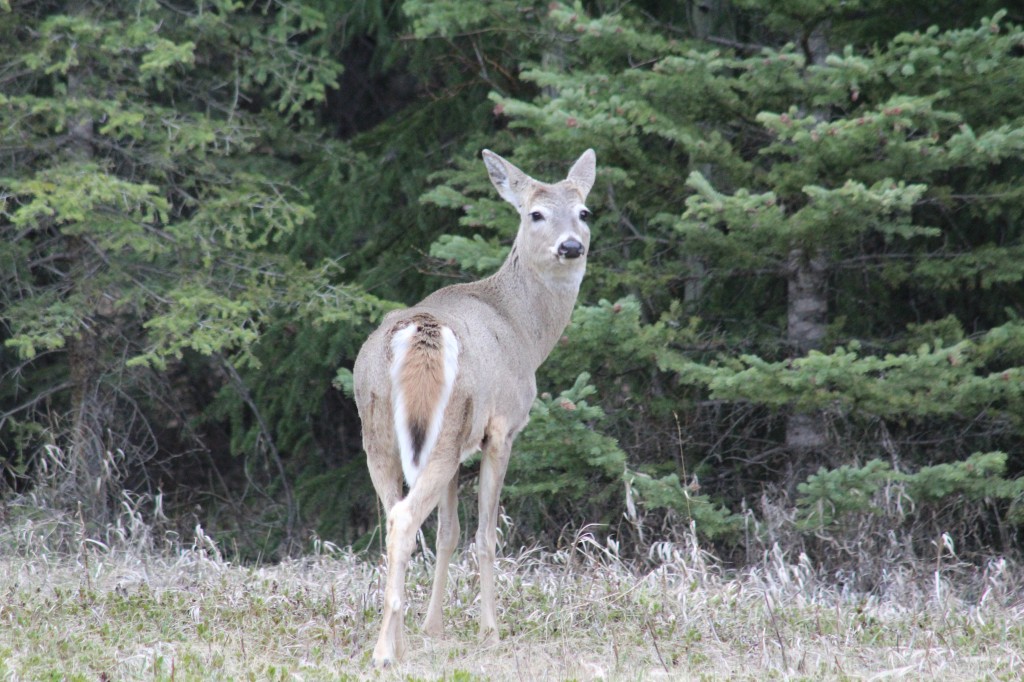