I know, I have been slacking in the updates department. Primarily most of my time has been eaten up by a couple of major projects that I am working on (in partnership with my fantastic comrades) and while I can’t talk about what they are, yet, they are very exciting and time consuming right now.

We kicked off our 2014 with a really fantastic cheese and hot oil fondue party for two. Mike and I rang in the New Year over melted dairy and deep fried meat. Which was perfect. We had a lot left over so we had fondue again on New Years Day! 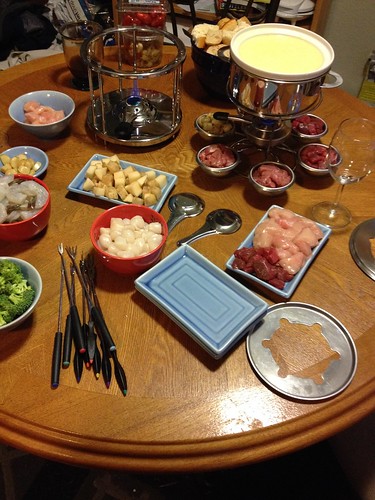 Then there were many days of working outside in the fridgid cold. It’s been a pretty harsh winter here. Loads of snow, very cold temperatures (for example, the high for yesterday was -23. THE HIGH WAS -23, which means most of the day was way colder than that). It’s been kind of yuck, especially when you work outside. I just keep on keepin on though. 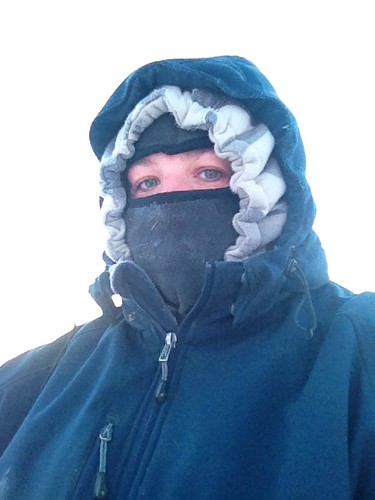 The barn animals remain unimpressed with the temperatures as well. 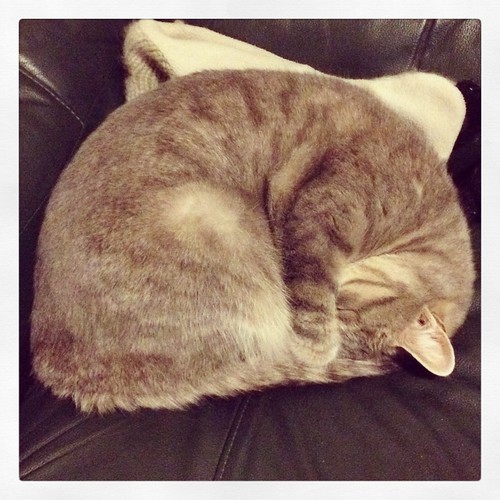 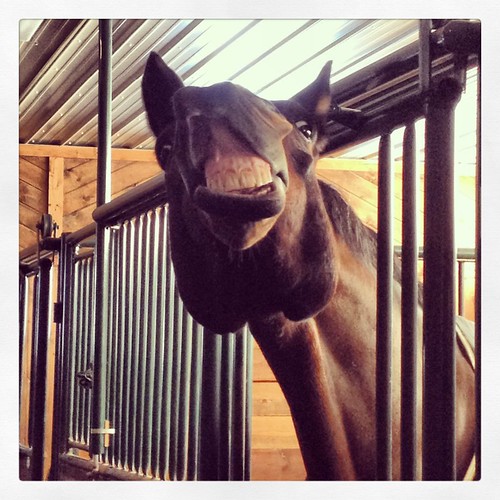 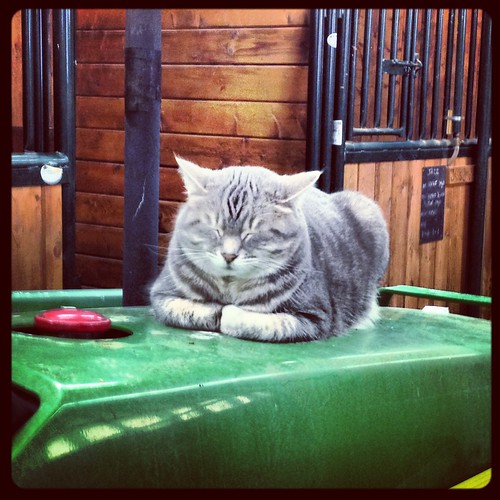 Late in January we had Mike’s mum out for a weekend, and that was wonderful. We had a great visit, did some shopping, and I even baked! Black bread, which was absolutely delicious fresh from the oven, spread with butter and honey.  I froze a couple of loaves to enjoy later, but it’s super easy to make, which is nice if you just want fresh bread without a lot of hassle. 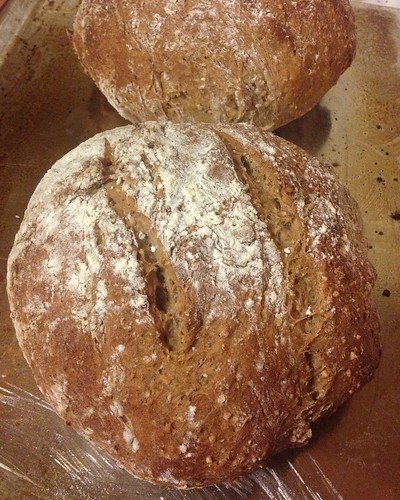 February was a looooooooong month. The best part was celebrating Mike’s birthday, which I executed pretty flawlessly, if I do say so myself.

I surprised him on Valentine’s Day with BBQ steak for supper, and the new Tyranids Codex. We had a really delicious meal and some good wine. The following day was his birthday and we headed up to Edmonton rather early in the morning. We went for breakfast and did some shopping at Cabela’s (woooooo guns!) before I unveiled the first part of his surprise: a night at a really nice hotel in downtown Edmonton.

My friend hooked me up with a great deal on a suite, with a giant jacuzzi tub, and a great view of the city. We got settled and had a picnic lunch of fancy cheese, crackers, pate, and fruit. I gave him a new board game, Zombicide, and we had a long soak in the whirlpool before it was time for his next surprise!

After getting ourselves sorted, we headed out to Sherlock Holmes Pub, which was only a couple of blocks from our hotel. I didn’t tell Mike anything about what we were doing there, but we grabbed a table and before long our friends started to show up. All in all I would say at least 15 people dropped in over the course of the night. Our friends Paul and Sarah even came directly from an SCA event, so they were in costume. 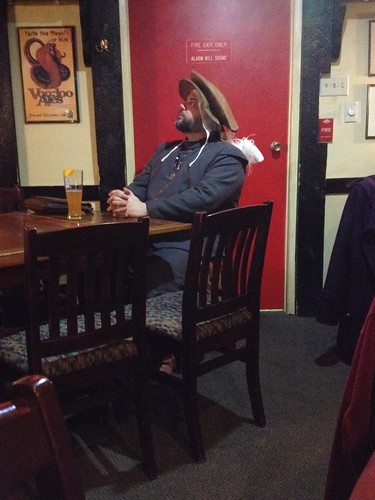 It was fantastic to see everyone, since we don’t get to visit with our Edmonton friends that often. Some of the people who came out we haven’t seen in probably 2 years. We ate and drank and caught up with everyone and had a wonderful time. Also there were shots. It was fortunate that I had the foresight to chose a party location close to the hotel. Mike was thoroughly surprised by all of the people who came out to celebrate with him.

We made it back to the hotel in the wee hours and went immediately to bed. The following morning we checked out, and off we went to meet up with some of our friends, for hang outs and brunch buffet! It was a really nice way to wrap up our weekend in Edmonton.

Since then we have primarily been staying close to home. I’ve been testing some recipes, and canning, when I have a chance. I made shiraz jelly earlier this week, and tonight I canned 6 pints of pickled sausage and 10 jars of dragon fruit-strawberry jam. 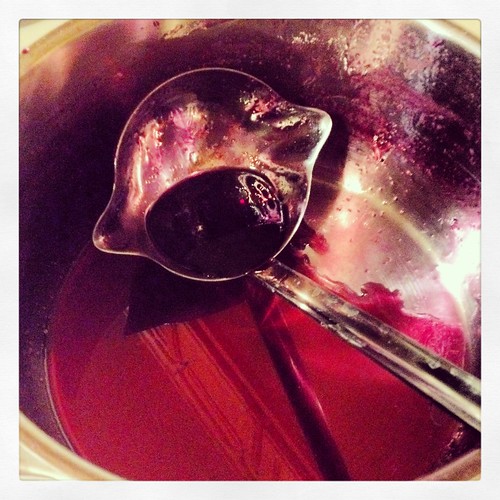 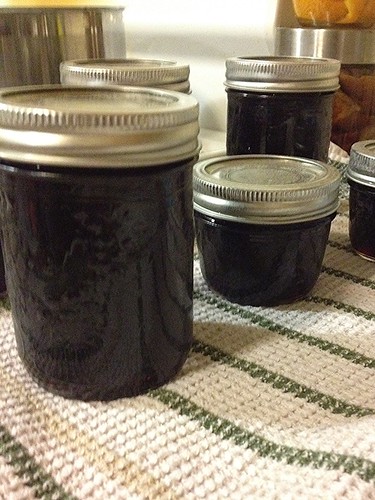 I am not feeling super confident about tonight’s jam. I kind of made it up as I went along, and I am sort of doubtful that it will have the right consistency. Dragon fruits were on sale and it’s difficult to find a jam recipe for them that uses the kind with the white flesh. Anyway, I guess I won’t be able to tell until tomorrow. At least all of my jars sealed! 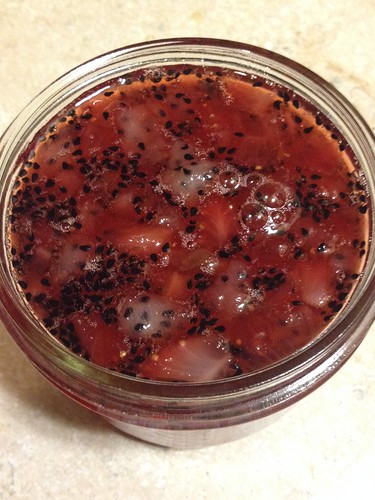 Also here’s a picture of my cats, enjoying the shoe, errr, cat cubby. 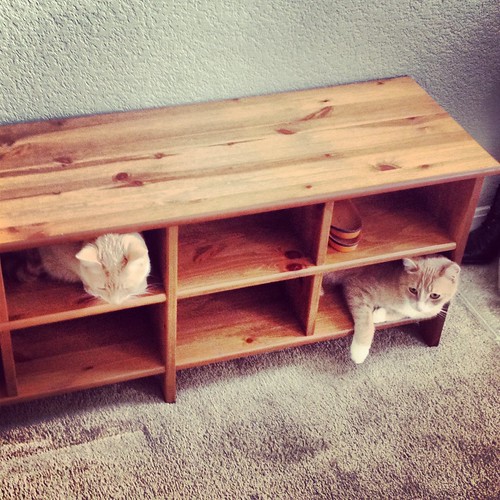 Anyway, I will try to update more regularly and hopefully I will be able to say more things about what I have been up to.